The permanent exhibition takes visitors back to the forties, the period of the German occupation during World War II. Streets and walls full of photos that make up the décor of the Dutch Resistance Museum help evoke the climate of the war years.

The permanent exhibition takes visitors back to the forties, the period of the German occupation during World War II.
A separate section tells the story of the former colony the Dutch East Indies, where the population suffered badly under the Japanese regime of terror.

The permanent exhibition is bilingual: Dutch and English.

The exceptional as well as the everyday

The exhibition covers all forms of resistance: strikes, forging of documents, helping people to go into hiding, underground newspapers, escape routes, armed resistance, espionage. You’ll see, hear and read fascinating stories about the exceptional as well as the everyday in a time of occupation in which most people were far too preoccupied with day-to-day worries to even think about daring to involve themselves in any kind of resistance, and in which still others opted for collaboration.

Moving personal documents tell the story of people who were confronted with dilemmas by the German occupation, and were forced to make choices. At various points, the visitors are themselves involved very directly in such dilemmas.

A visitor striding through the exhibition will get an overall picture of a rather indolent Dutch society in the thirties, experience the shock of the unexpected German invasion, then discover that both the oppression and resistance to it gradually intensify during the occupation years as the war progresses, to finally realize that experiences of this period are still playing a role in today’s society.
A visitor looking a little more closely will be able to gather more detailed information, particularly from individual examples.

Much attention is paid to the context in which the resistance took place, the context of everyday life in a politically and denominationally segregated society, in which the church played a very important role.

Using authentic objects as well as all kinds of modern techniques, the Dutch Resistance Museum evokes a powerful atmospheric picture of the time, and ‘recounts’ events mainly on the basis of personal examples that appeal directly to visitors, and with which they can identify. This will not only capture the visitors' attention but also encourage them to think about their own behaviour today.

Map of the exhibition and periodization

The exhibition starts with an impression of the 1930s in the Netherlands.

Experience real stories from people's daily life during World War II. How did the Dutch react to the increasing oppression? Discover it in our exhibition. 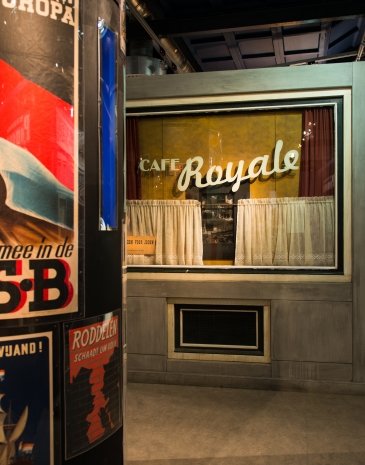 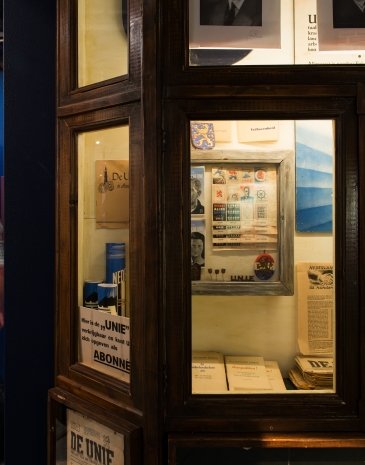