World War in the West

The only free Dutch territories

The bauxite mines in Suriname and the oil refineries on Curacao and Aruba become very important to the war effort. US soldiers arrive to protect these industries.

Suriname, the Antilles and Aruba become more important in world politics. Prosperity increases and with it the desire for independence.

When World War II breaks out Suriname, the Antilles and Aruba are virtually defenceless. The colonial executive calls for reinforcement of the territories’ own troops with soldiers from the Netherlands in 1939.

Immediately after the German invasion of the Netherlands on 10 May 1940, British troops arrive on the Antilles and Aruba to protect the oil refineries. A year later, US troops are stationed in Suriname.

US soldiers also replace the British troops on the Antilles and Aruba in 1942.

More articles in this dossier

There is much more to tell about this topic. Read more on the pages below. 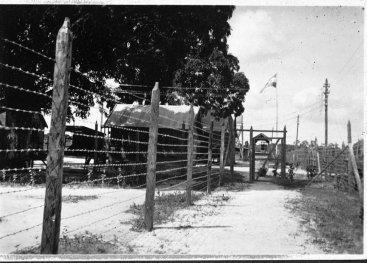 View everything from this dossier